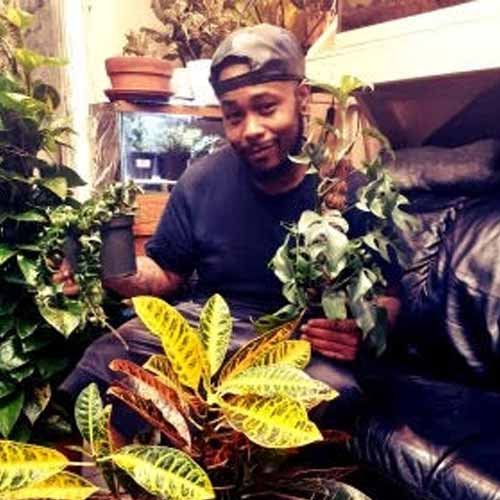 George Brice has been working as the foreman of Groundwork RI’s GroundCorp landscaping crew since 2015. Born at St. Joseph’s Hospital on Broad Street in Providence, George grew up in Providence’s West End and South Providence neighborhoods. He graduated from Feinstein High School and later went on to study heating and plumbing at New England Tech. George has taught sailing at the Community Boating Center and has expertise in gardening, plants, and growing food. George’s love of gardening began as a kid when he learned the original meaning of his name in Greek – Georgios, based on the Greek word georgos (γεωργός), meaning farmer, which is a combination of two Greek words, ge (γῆ), meaning earth, soil, and ergon (ἔργον), meaning work. As a kid, George would take his dad’s cement finishing tool to dig holes in the backyard and use clothes hangers as make-believe underground pipes. While not working, George loves his aquarium and house plant hobbies.