Groundwork Rhode Island sees the connection between green space and healthy neighborhoods and is committed to working with residents and other partners to develop healthy spaces where kids, youth, and adults can develop a meaningful, educational, and productive relationships with the environment. Read below for more information on the following projects:

Our Ring Street Community Garden is built on a reclaimed parking lot, adding much needed green space to the Federal Hill neighborhood. We have 25 individual garden plots of varying sizes and annual fees. We also utilize a portion of the Ring Street Garden to process compost for our Harvest Cycle pickup service. Please contact info@groundworkri.org for more information on how to sign up for a garden plot. We typically assign new plots to returning and new gardeners in February/March each year.

Our Ring Street Community Garden is located at 14-16 Ring Street in Federal Hill. It is composed of two lots in a historic residential neighborhood. Before Groundwork Rhode Island took ownership of these lots, they were an eyesore. For years, the parcels were a mostly-vacant, trash-filled parking lot. Over the past several years, we have utilized the latest methods in adaptive reuse of underutilized urban parcels to activate the space and make it one of the most dynamic community gardens in Providence.

After the removal of asphalt, 6 garden spaces were laid in the ground. Thirteen additional raised garden beds were constructed on the remaining asphalt. In order to complement the mature Walnut tree in the garden’s center, a number of native and diverse species of trees were planted along the garden’s perimeter.

The Steelyard also constructed a fence with floral patterns and towers in the form of a steel tree and bird bath in the garden. Rather than dispose of asphalt off-premises, the pieces of asphalt that were removed from the parcels were incorporated into the design of the fence.

DownCity Design, in conjunction with students from the MET High School, designed and constructed an outdoor teaching laboratory on the premises, which is used for garden-based and outdoor education for school kids and other visitors.

Since 2018, Groundwork RI has been using a portion of the garden and parking area for our Harvest Cycle Compost program. In 2020 we added 6 new raised bed garden plots in an area that was previously used to grow fruit trees – demand for garden space is high!

In addition, we have a small parking area adjacent to the garden, where neighbors can park for a monthly fee.

Groundwork Rhode Island launched our Prairie Avenue urban farm and greenhouse in 2015 along with the African Alliance of Rhode Island, who sub-leases from Groundwork. Since then we have hosted at least 200 school children and neighborhood residents at the greenhouse each year to learn about urban agriculture and participate in other environmental education programs.

In 2017 we launched a pay-what-you-can farmstand at the greenhouse and open hours so that people could drop in, volunteer, and take some veggies home! We are excited about engaging the Southside neighborhood in these efforts! Come visit us at 433 Prairie Avenue during the growing season from April-November.

During the summer, our high school Green Team takes care of the farm, staffs the farmstand, and learns about urban agriculture. Throughout the year we also help the Providence Parks Department steward the Walking School Bus Pathway across the street where we built raised beds for gardening and planted fruit trees. Groundwork RI commissioned DownCity Design to build shaded benches at both ends of the pathway, which look fabulous!

The Prairie Avenue Greenhouse and Farm is part of the City of Providence’s Lots of Hope program, which helps community groups transform vacant lots into spaces to grow food.

In 2020 Groundwork Rhode Island will break ground to create Providence’s first social venture compost facility: the West End Compost Hub. With capacity to produce 1,300 to 1,500 cubic yards of finished compost each year, our project will provide a critical resource to local small farmers and gardeners while annually diverting an estimated 350 tons of food scrap from our state’s landfill.

Located at 34 Fuller Street – a designated brownfield site – in Providence’s West End neighborhood, our facility will become a community composting hub where local residents can drop off food scraps from their home, other food scrap pick-up services can drop off scraps for a fee, and small landscapers can bring seasonal yard waste. In addition to diverting organics from the landfill, the West End Compost Hub will reduce greenhouse gas emissions from garbage trucks carrying food waste to the landfill, since compost can be dropped off right in the city, and scraps from the surrounding neighborhood will be hauled by bicycle by high schoolers involved in Groundwork’s Green Team youth program.

We are working with numerous partners to make this project a reality. While Groundwork RI will be running the compost hub, as property owner, West Elmwood Housing is a key partner, as is the City of Providence’s Healthy Communities Office, and Southside Community Land Trust. Twenty five percent of our finished compost will be sold at a quarter of retail price to Southside Community Land Trust, Providence residents, schools, and other non-profit urban growers. We hope that this influx of affordable, high-quality compost will stimulate urban agriculture in Providence, helping urban growers improve their yields, feed their families, increase profits at the farmer’s market, and eventually expand their operations.

Beyond its impact in numbers, we are building our site to serve as an education center and model community compost site for Providence residents and policymakers to imagine a system of community compost hubs that could process all of the city’s food waste. In partnership with DownCity Design, we are building a compost education center on the site, and will program it with school group tours, volunteer days, backyard composting workshops, and events to help galvanize the implementation of composting across Providence.

We are currently fundraising to turn this vacant lot into a community compost hub. Visit our GiveLively page to learn how you can help!

Groundwork Rhode Island is a local leader in implementing green stormwater infrastructure projects as well as community tree plantings. Through our GroundCorp Landscape program we have installed dozens of rain gardens, bioswales, trees, permeable driveways, and other green features while removing thousands of square feet of asphalt and concrete from urban neighborhoods. We have also hosted numerous volunteer tree plantings with local employees from United Natural Foods (UNFI), TD Bank, MetLife, and Bank of America.

GroundCorp works on residential, commercial, and public properties all across the state.

Groundwork RI is a member of the RI Green Infrastructure Coalition and we work closely with the Providence Neighborhood Planting Program (PNPP) when planting trees and doing other right-of-way projects in Providence.

Check out our GroundCorp page for more information.

In 2021, we are launching Trees4Us in Pawtucket and Central Falls! Learn more about this new effort in the link below:

The Hope Tree Nursery was a 290 pot in pot tree nursery growing mostly native tree species available for purchase by homeowners and commercial property owners. It was in operation from 2012 to 2019. Groundwork RI closed the nursery based on our partnership with the West Elmwood Housing Development Corporation, who wanted to expand their existing Sankofa community garden space on the same parcel of land. While disappointing that we are no longer growing trees for the community, we are glad this space is still being utilized for a fantastic environmental, health, and community benefit!

Learn more about the origins of the Hope Tree Nursery on a remediated brownfield site by clicking Read More below.

As part of the Climate Safe Neighborhoods (CSN) partnership, Groundwork Rhode Island is working with residents and stakeholders in Pawtucket and Central Falls to understand the relationship between the cities’ history of race-based housing segregation and the current and predicted impacts of climate change.

Through an analysis of historical redlining maps and modern satellite imagery, we’ve found a relationship between government-led housing segregation of the past century and vulnerability to extreme heat and flooding in Providence, Central Falls, and Pawtucket today. Unsurprisingly, communities that have been subject to redlining are less likely to have trees to mitigate urban heat island effect and are more prone to flooding. 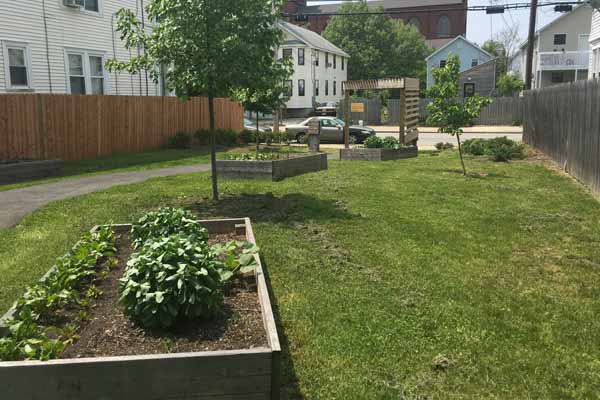 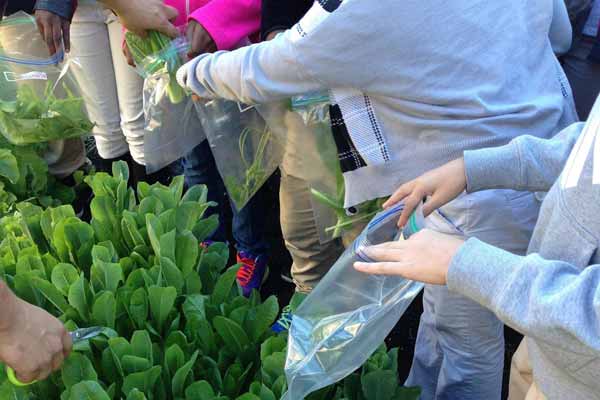